Today I discovered stylelint, and here is my example how to use it on windows, since I was struggling with CLI in windows.

First to install stylelint I was using this command:

After that I installed standard configuration:

Then I went to folder ..\node_modules\.bin in command prompt, and wrote on CSS with empty rule, something like: 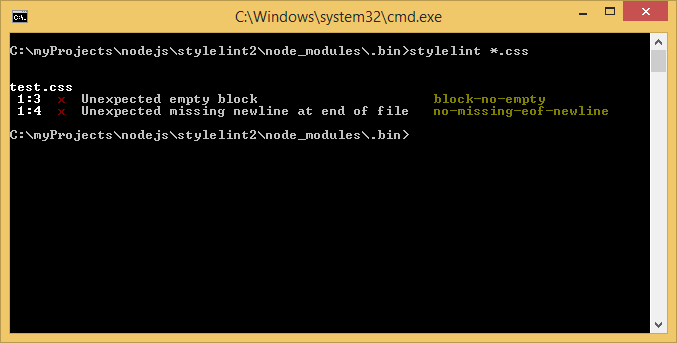 There is also possibility to use stylelint against less files, as explained here, but I didn't test it.